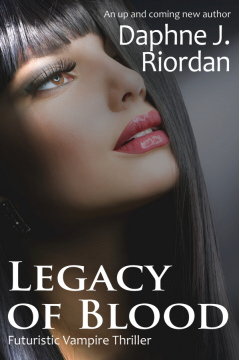 A future built by the survivors of a pandemic.

Twenty years after a pandemic wiped out a third of the population, data analyst Jackie Fournier searches for the location where the disease first appeared, hoping to find out why her little sister had to die.

A country ruled by a dictator.

When certain factions in the government find out about Jackie’s project, they send assassin Nash Kerns to stop her. If she doesn’t stop digging when the project is shut down, they have ordered him to kill her.

A band of vampires with old souls.

The vampires only turn old souls, people like Jackie. Two vampires want her. One says all he wants is to be with her. The other wants to turn her so he can gain freedom from his sire . . . and he’s not above using force.

Get your copy of Legacy of Blood at these stores:
Kindle
Nook
OmniLit

← How I Workout, Cook and Eat Healthy in Spite of Being Super-Busy
How to Spend Less and Earn More: More Money in Your Pocket →